We’re back on the coast! But not before traveling miles through the forest. We also conquered the tallest climb of the ride and we didn’t even require a Sherpa to summit! After getting coffee first thing in the morning, we hot tailed it up the climb with relative ease – it really and truly wasn’t that bad. The second (much shorter) climb proved to be a bear. It was steeper than the first and felt excessively longer. But we pushed through and the descent was worth it.

Ever since having an unfortunate run in with gravel in Kentucky on the Transam and wiping out twice in one descent, I have not had a very good relationship with downhills. Particularly steep ones with hair pin turns with RVs likely to be waiting around the corner. I take them even slower now that I’ve had LASIK performed. Ever since the operation, seeing in shadows is near impossible. I cannot tell the road surface in shadows, so I either have to slow down excessively or risk going over a huge pothole or gravel. So needless to say, I got very well acquainted with my brakes and my hands and forearms got a great workout.

The last hill dropped us off into the sparkling blue waters of the Pacific Ocean. We were welcomed back to it with all five senses fully engrossed. It was breathtaking and such a stark contrast from the lush greenery we’ve been accustomed to the last few days.

We hit a bunch of rollers before taking an extended break in Westport at 11:30am. We originally thought we’d be pooped by this point based on the elevation maps, but we both felt great! We decided to trudge on and looked at warm showers hosts in the area. We found one 26 miles away in Mendocino and he responded promptly with a yes! So we were on our way.

We had a beautiful ride into Fort Bragg and the wind was to our backs. With the exception of a few honks, impatient drivers, and some single fighter salutes, traffic was very courteous and gave us plenty of room on the no shoulder roads. To get away from traffic, we rode on a rather rocky bike trail that could’ve used a little love, but we liked it anyway.

We arrived in Mendocino around 4:30pm to our host Jesse’s house. This town is tiny but really stinking cute with gorgeous views. He lives in a rehabbed water tower built in 1850 and has been on a few tours – the latest was the Baja Divide in January. We talked with him a bit and showered/ate dinner. We promptly had second dinner after grocery shopping. Our appetites are increasing exponentially. 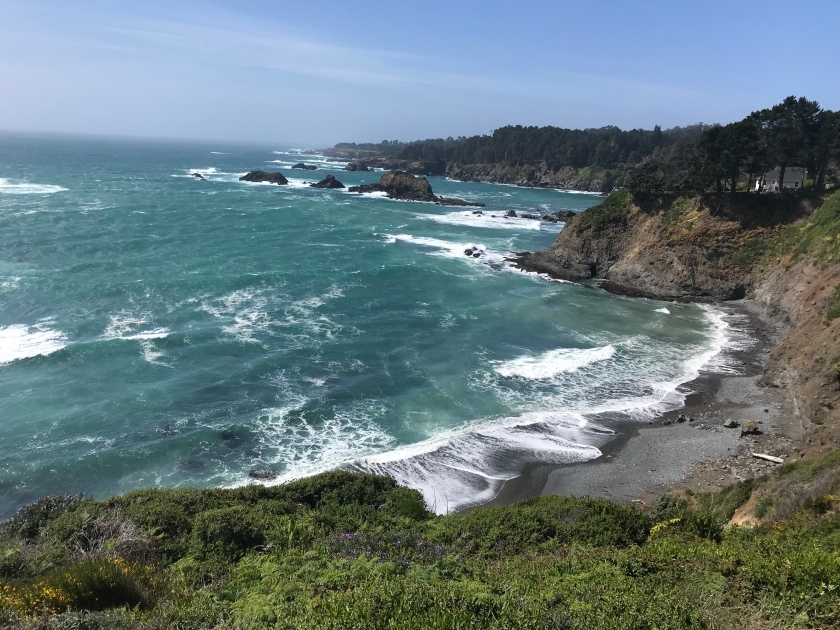 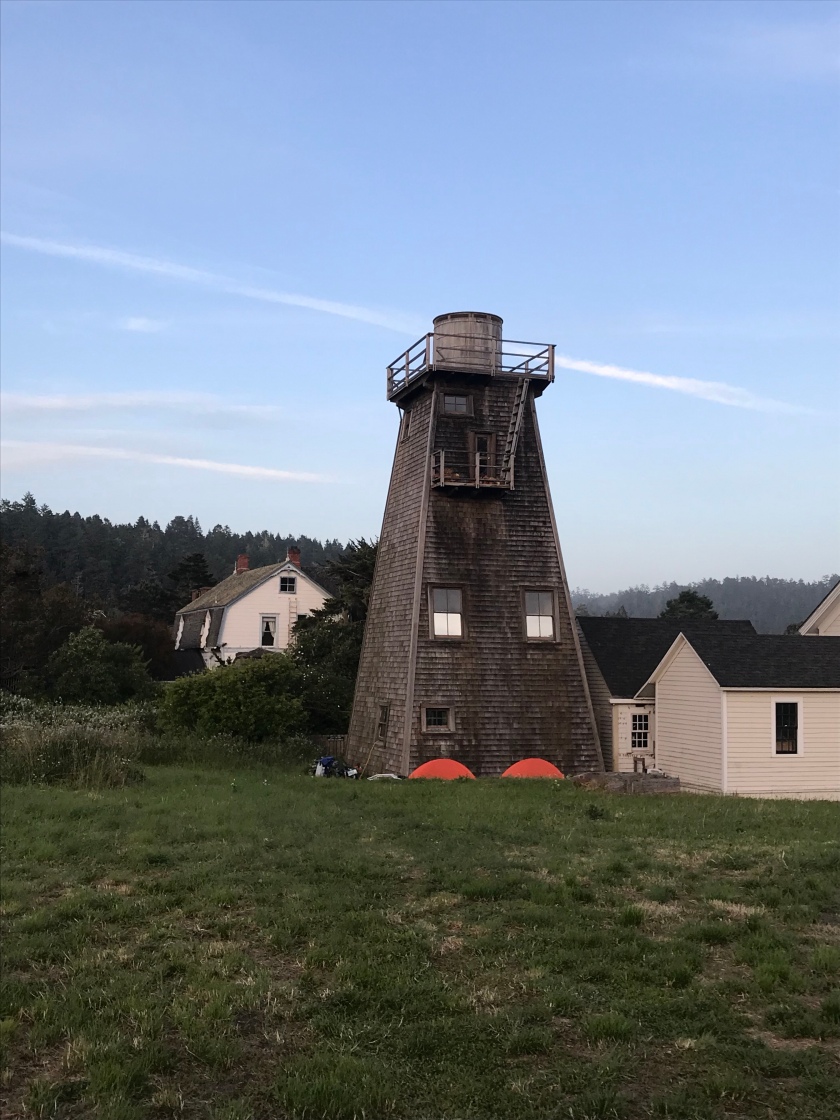 Not really sure of our plans for tomorrow, but we’ll be one day closer to San Francisco!