We were told yesterday that the ACA had ranked today’s ride in the top 5 rides of the TransAm. And for good reason too. Sure we had to do a pretty substantial climb over Togwotee Pass (also crossed the continental divide again) but the 17 miles of downhill (mostly) with grand views of the Grand Tetons made up for it. Even the climb had beautiful views of surrounding buttes. 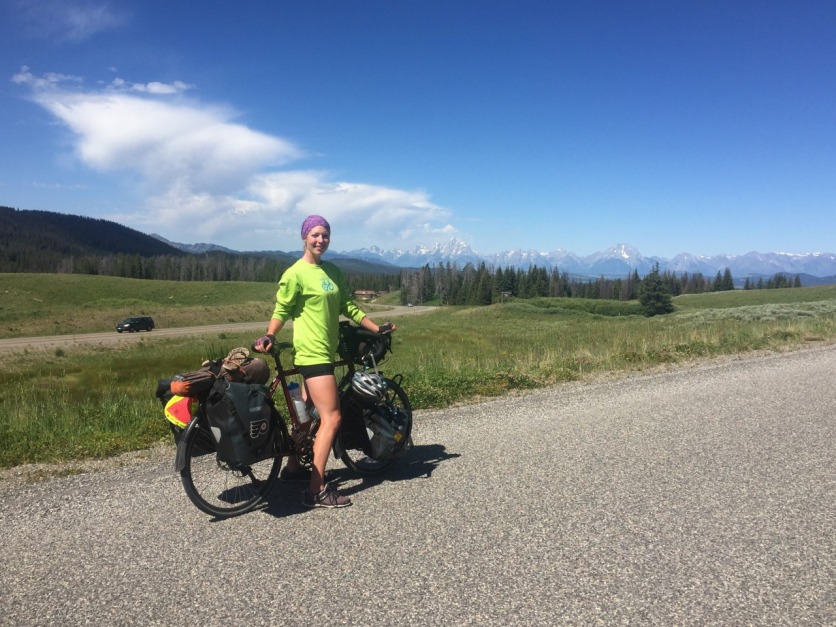 We rode into Grand Teton National Park and continued to ride closely to the behemoth mountains. We were able to pull off onto observation points to take them in. It was stunning. We are camping at Colter Bay under them. With an approaching storm coming in, it set an ominous atmosphere watching the grey clouds overtake the grand mountains. The water was freezing, yet refreshing. We got to hang out more with Monica, likely the last time we’ll ride with her because she’s lucky enough to spend a few days in the park. 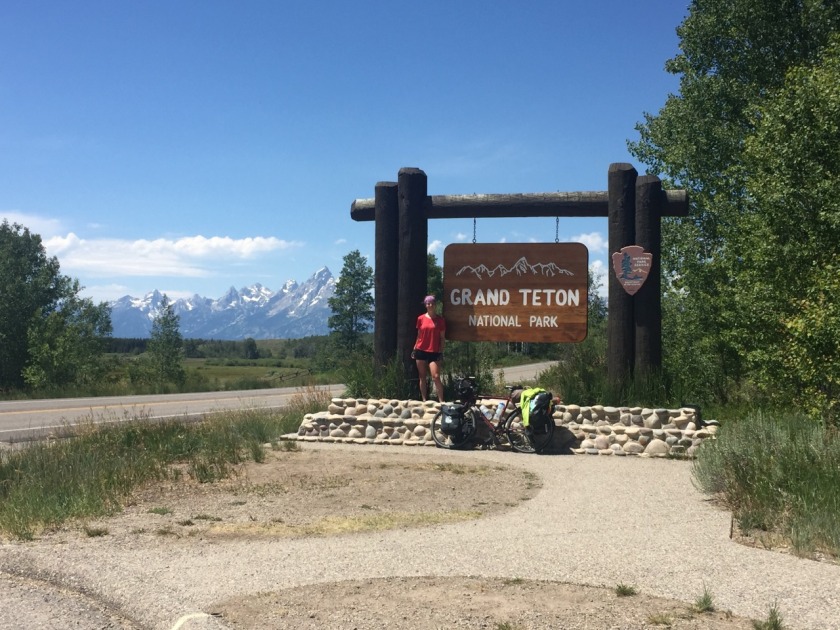 We are officially in bear country and everywhere we look are flyers on keeping food away and preventing bear attacks. We stored everything in bear boxes, so hopefully we won’t have any furry friends knocking on our tent doors asking for a cup of honey.

Tomorrow is a short day to Jackson Hole, then a much needed rest day. After 11 days of riding, I think we deserve one! 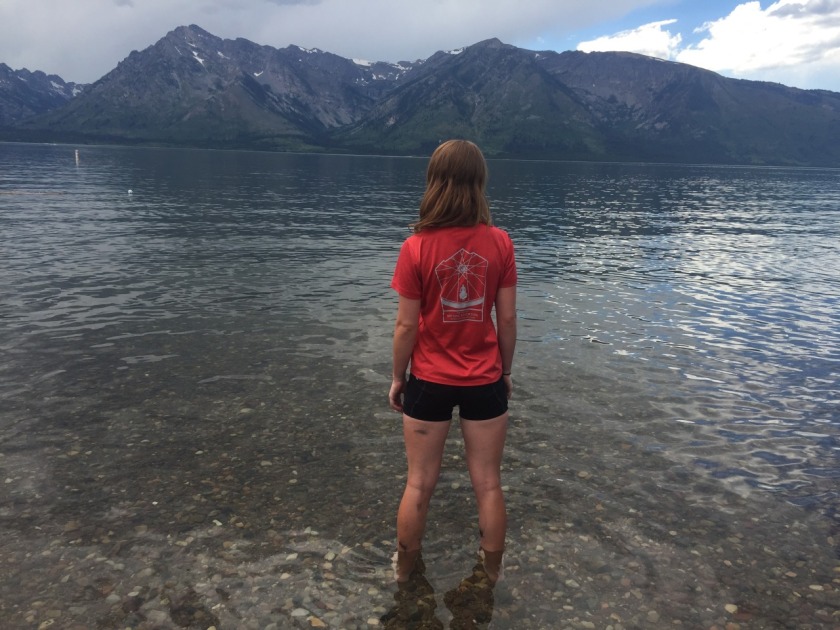