We made our return to Florence! Apparently Florence is pretty big because technically we stayed there last night, but we rode through the 15 miles to Florence proper pretty quickly. But not before taking in some gorgeous views! Below is atop Heceta Head just past a tunnel. The view was stunning and there were tons of sea lions swimming down below. (I’ll get back to the sea lions later) 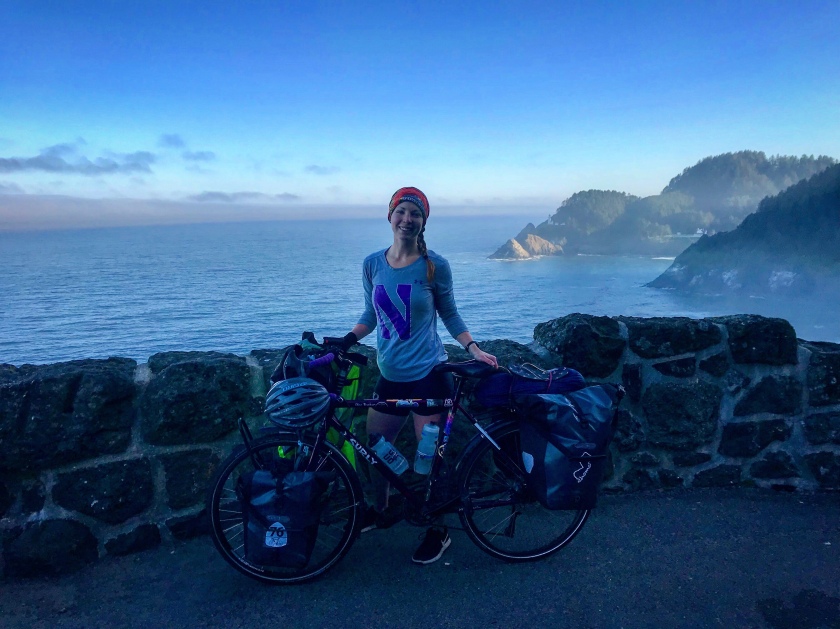 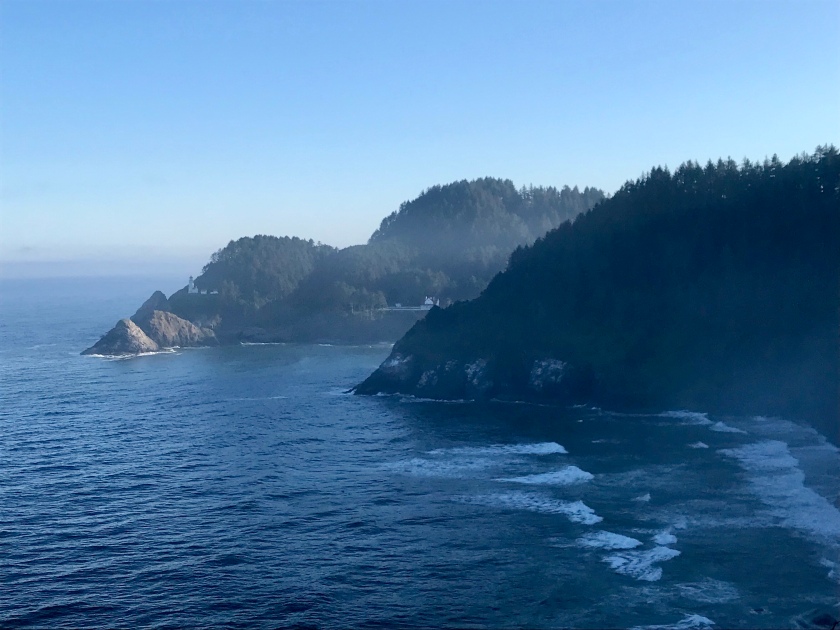 After doing some research, we decided to stop at a cafe for breakfast in Florence. The cafe we chose was right next to a subway we camped out for a few hours the last day of the Transam. Reminiscing about the good old days and the yelp reviews of how good their bacon is made it a must stop. And holy moly was their bacon good. Perfectly cooked thick cut bacon the likes of which I have never had at any diner before. I daydreamed about that bacon for miles after we left. 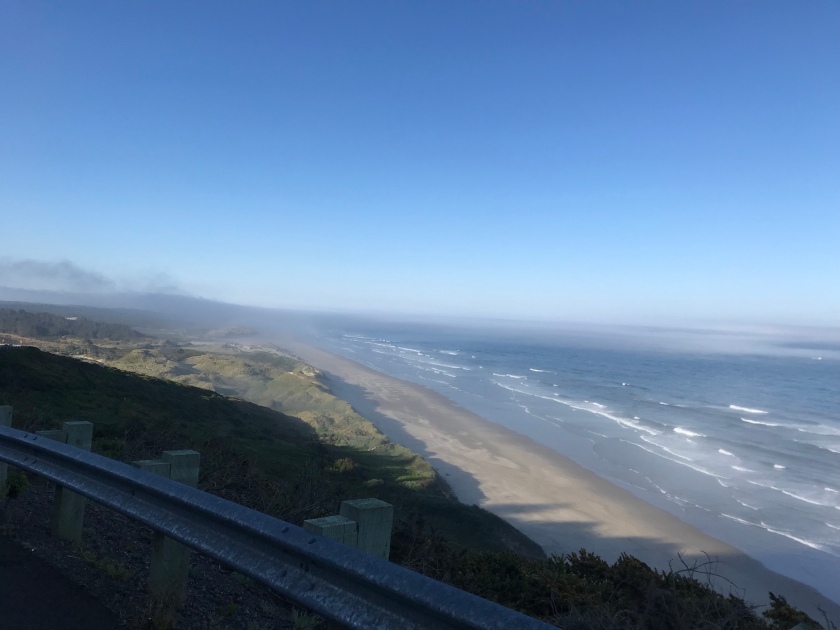 The route deviated from the coast the entire rest of the ride. We were riding next to Oregon dunes national recreational area the entire stretch which blocked out the ocean and we caught very few glimpses of the dunes. Because we were stuck in the woods all day, nothing worth taking a picture of.

At first we had headwinds. Which was super disappointing and disheartening following yesterday. BUT after noon, the winds again were in our favor and pushed us forward. We blew through 30+ miles without a break. Needless to say I zoned way out and can’t really remember anything about that part of the ride.

One thought sheena and I both share is our feelings about semis and shoulders. Because they are so obnoxious and huge, we can usually hear the behemoths coming from pretty far off. How we feel about them is entirely dependent on the amount of shoulder we have. When there is barely a shoulder, we hold our breath and think, “oh god oh god please don’t hit us”. When there is a nice big shoulder, we welcome them passing us because it means catching a huge draft to push us along for a good 5 seconds. When paired with a good tail wind gust, it feels like we are in Mario Kart and just passed over a turbo boost. It’s actually a lot of fun.

Along today’s ride, we ran into a couple we saw in San Juan Islands. We don’t remember where they’re from, but we call them the Norwegians anyway. They’re really nice and we feel as though they might be our “Monica” for this trip. During the transam we continually ran into Monica during the trail during different stretches. We will probably have similar run ins do with the Norwegians! Unfortunately, they were intrigued by the advertised Sea Lion Caves and were suckered into paying an exorbitant fee to see them. After they already paid, the owner said it’s a bad time to see the sea lions cause they’re all in the water with their pups. Talk about getting swindled! We were warned by the Canadian couple yesterday to not go down to the caves because you can just see them from the road. Wish the Norwegians got the same advice!

After crossing the bridge into North Bend with them (we got honked at for a good solid 10 seconds… so Sheena gave her a piece of her mind) we split off. We could’ve gone further to take advantage of the obnoxious tailwinds, but I was exhausted from the constant wind and cars passing that I needed to stop. Just listening to noise like that takes more out of you than you’d think. We decided to not deal with the wind anymore and instead opted for a motel in town. Awesome decision. We had a very filling dinner and now are watching Netflix! Great way to end the day. Plus in 2 days we’ll be in California! 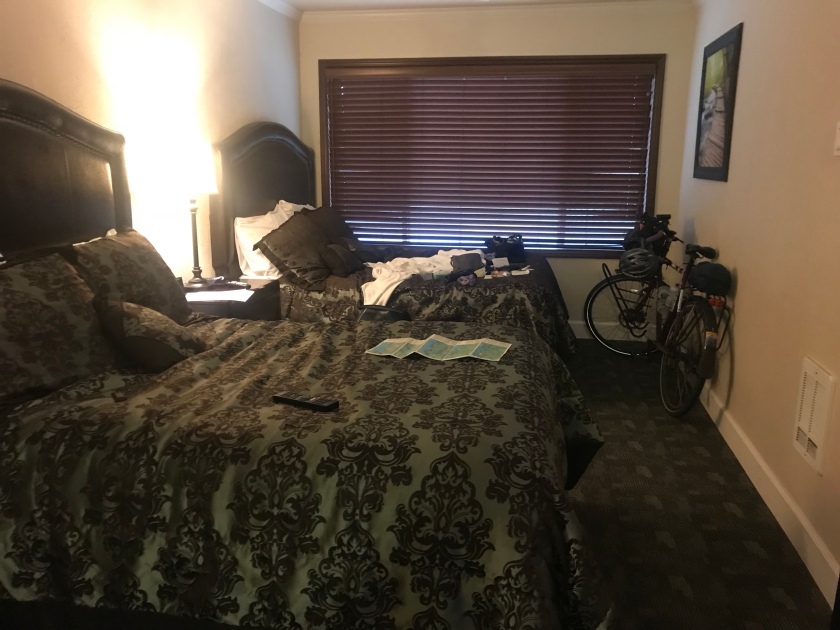