When we say we need some time off, apparently we mean it. After taking 3 days off in a row, we are both very anxious to get back on the bikes and get in some miles. I think we both feel a little guilty by taking some time off when there are miles to get in, but let me tell you – it was worth it. It truly feels like weeks since we rode the bikes.

On Saturday we indulged in a wine tasting in Sonoma and Napa Valley. With some of the best wine in the world coming from this area, we figured we may as well get a little dressed up, feel some semblance of being ladies, and learn why this wine is so sought after. Not knowing much about wine myself, I just enjoyed taking a bus and seeing the changing scenery during the drive. The beautiful day tasting wine (they all taste the same to me) was all an added bonus! 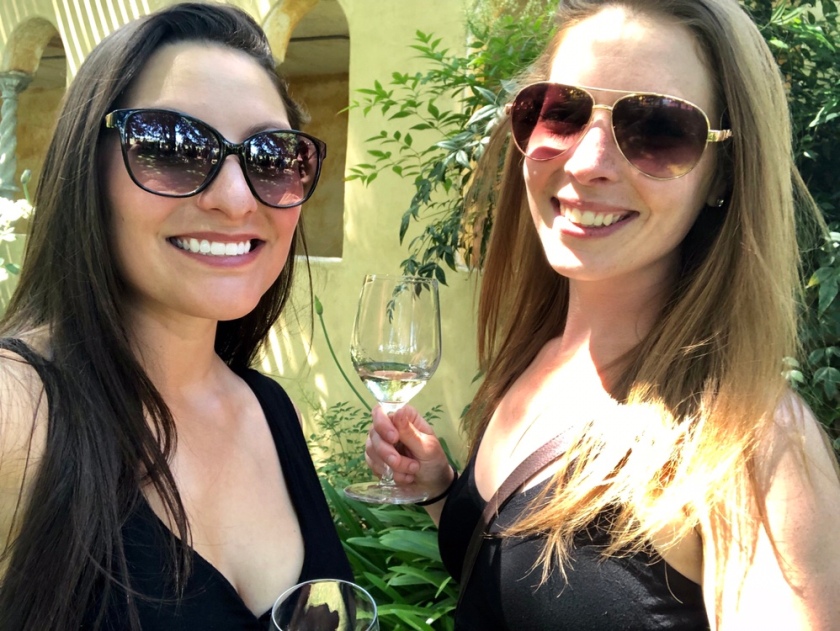 After the tour we got dropped off at Fisherman’s Wharf – a central gathering location for all the tourists who flock to San Francisco. So basically it was my worst nightmare. But we made our way through and had a good seafood dinner. Plus I got to reminisce about the last time I was in San Francisco- a mere 20 years ago when I insisted that we just HAD to visit Alcatraz despite all the tickets being sold out. In my bratty youth, I had a temper tantrum until my mother bargained with a shady scalper and got us tickets. Worth all the drama! Still one of my strongest memories – “if you’re not happy, I’m not happy! So be happy!!” 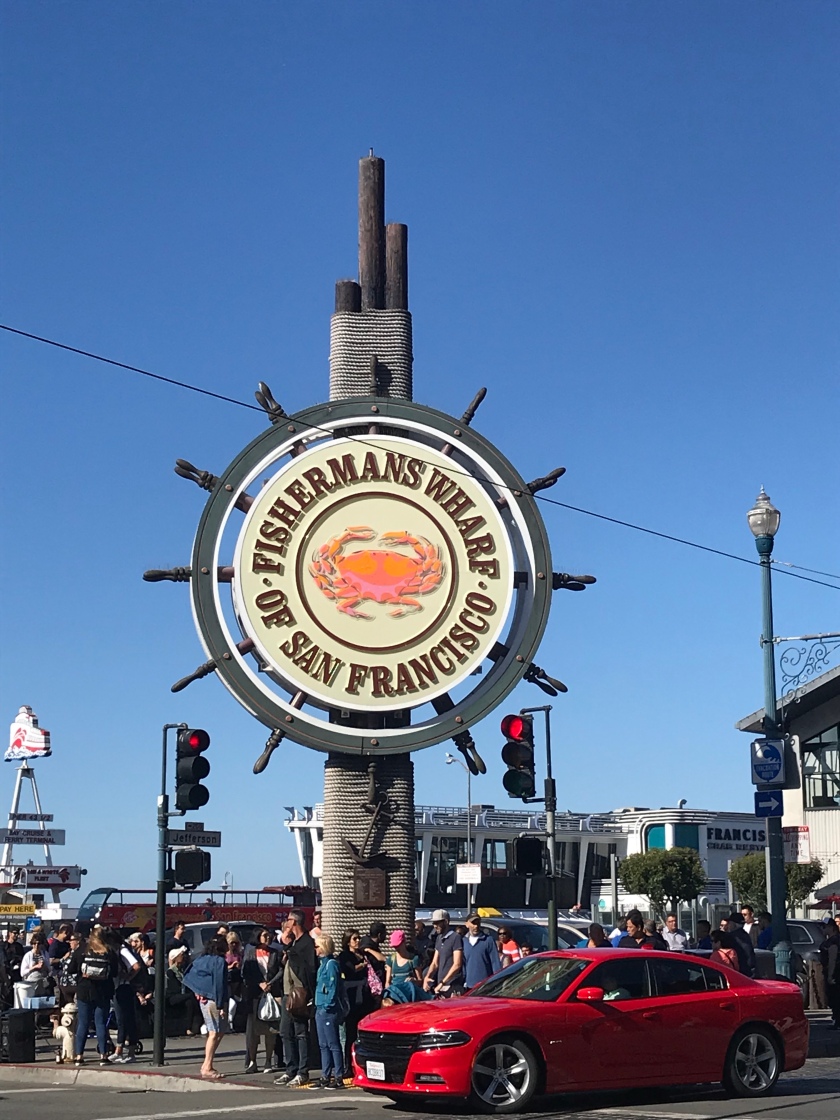 We made our way back to Mindy’s and decided to call it a night. All of the wine made us sleepy. But we did get a ride with Mindy’s daughter Alexis up to the tallest point in San Francisco- Twin Peaks. We were lucky enough to have a clear night and could see the entire city. Being dark, we weren’t able to get a good picture, but believe it when I tell you it was quite breathtaking. We were pretty lucky in San Fran – a city known to be shrouded in fog. We had clear warm days the entire time we were there, much different than my memory as an 8 year old.

On Sunday we departed Mindy’s after breakfast. We really and truly cannot put into works how grateful we are to be blessed with her generosity. She gave us anything we needed and asked for nothing in return. I don’t know what we did to be given an opportunity to meet her, but I’m pretty darn thankful! My cousin Megan picked us up, again our skills in Tetris and shoving our bikes and bags in cars came in handy. We spent the day and night at her and her husband Michael’s apartment in Campbell just relaxing. I’m sure the town of Campbell is great and has a lot of fun spots to check out, but we were perfectly content just hanging out with them and plain relaxing. Pretty sure we ate just about everything put in front of us, but Meg and Mike are such great hosts they kept the food coming! It was absolutely fantastic catching up with them and seeing their adorable little puppy Kona. We could not ask for a better way to spend our Sunday.

In the morning, Megan dropped us off in Santa Cruz. We made our way to Whitney’s house to unload the bikes. Whitney was one of our leaders on the trans am. Unfortunately she had to leave us after 2 weeks and she has been missed ever since. We met some of her awesome housemates before going out to do some surfing! Another one of Sheena’s bucket list items, we had an awesome time catching some rad waves and hanging ten in typical California fashion. Being pretty much our first time, we did kinda okay with it! Though we caught more laughs than waves, I think.

We have decided that since we only have about a week left to finish this journey before Sheena has to return to work and I have to really get my butt in gear for the JMT, there is no possible way for us to get all the way to San Diego without killing ourselves. Everyone told us that Big Sur is a must do and anything south of there is t worth checking out. We’re hoping they’re right because we are going to ride through Big Sur, then hop on a train in San Luis Obispo to head down to San Diego to spend a little time and eventually fly out of. It’s a little disappointing we’re not finishing the entire ride, but honestly this trip has been so vastly different from the Transam in such a positive way – being free from a group has opened us up to so many different possibilities and experiences we could’ve never had otherwise. Being more lenient with time and scheduling has made this trip feel less like a chore and more like a vacation. But with that being said, we have to go to bed in preparation for getting back on the bikes!!